As a child, i was amazed by many things but there was this one particular thing that intrigued me no end . I was so bewildered by its omnipresence, the fact that as far as i could see from my small, tiny eyes it existed and no matter where i went it always seemed to be present overhead displaying its vastness. I so remember myself sitting up on my house’s roof for hours on end trying to figure out where this vast, roof like thing ended. The answers that the elders gave me didn’t satisfy my young brain for it was hard to believe that something can exist everywhere, i had a feeling that it had to end somewhere or if it didn’t end then someone would be up there trying to hold different sets of similar sheets of sky together so that it appears the same everywhere. Whatever the case was, i was in love with the Sky for its beautiful color and all i wanted to do as a child was to go up there and grab loads of it to keep for myself. I also had to find out what was holding it all together. I so remember myself sitting and thinking of ways i could use to go high up in order to reach it. When in class 3 i came to know that my mom and dad had decided to put me in a hostel up on a beautiful hill in Nainital, my happiness knew no bounds. Just the thought of getting closer to my sky, yup, i considered it to be My SKY (i was so in love with it), as i went higher into the hills of Nainital had me on my edges. Finally, the day came where i was supposed to reach my hostel. I was in for a shock for the higher i went, the more high up the sky seemed. Needless to say, i was crestfallen and i still remember looking up towards the sky with a big, blown face trying to make it feel guilty for the fact that i had come all the way up here just to get a handful of it and it in turn had dissapointed me by going higher up. Its amazing how a child brain works and now i get so amused by the innocence of my thoughts, the fact that i actually thought that i could spread my hands and grab the sky.

As i grew up into an adolescent my obsession with the sky reduced somewhat for there were other things that gained importance in life and i hardly spent any time alone with myself. However, as i grew up more and my thoughts began to take shape, i was back with spending that alone time with myself sitting where other than under my bright,blue sky. I so remember those amazing mornings that i spent all by myself at the Varanasi Ghats, just enjoying the beautiful changing colors of the sky as the sun came up. You need to see have seen sunrise from a peaceful place to get the depth of  what i felt while i saw the sky change colors. It was just beautiful, too beautiful to be expressed in words. It was while sitting there watching the sunrise that i took some of the best and toughest decisions of my life for my thoughts were so pure, so so clear there. Also, now as an almost adult, i used to still love the sky for the fact that it was the only thing which seemed to be the same to me. It was the same day after day, month after month. It was the same for the rich, the poor, the same for all the castes, the same for all the countries. I didn’t see the sky discriminating against anyone. This fascination would seem more clear once i state the thoughts prevailing in my head during that particular phase of my life. I was still growing up and had just recently became more aware of the presence of the huge inequalities in the world around me, mu conscience was still pure and uncorrupted and it just couldn’t adjust to the way this world functioned. My head however, couldn’t find any solution or any way out for ending it all. Also, i didn’t have the courage back then to take any decision and was heavily dependent like so many of us on the dream that some superhero might turn up and free us of all these problems.

The turmoil in my head goes much beyond what i have just written here but will write about it some other time. Thus, the sight of the sky with all it vastness and its equality everywhere brought me a weird kind of peace, a peace which i was really struggling to find. Luckily for me at that time Tata Jagriti Yatra happened which is yet again a different story.

Thus, the beautiful bright,blue sky has had a huge role to play in my life, right from amazing me in my childhood to giving me peace at one of the worst phases of my life. Its no wonder that my favorite color is Sky Blue. In this article, i have really struggled with words in order to convey the depth of what i felt but at times words fail you so please bear with me today. 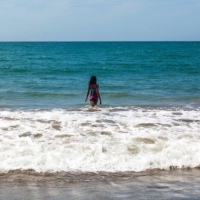 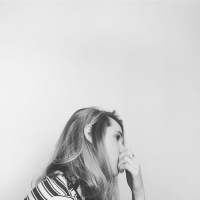 Writings of the Black Rose

Simply sharing my craziness & hoping its infectious enough to spread